China could overtake the US as the world's largest film market

The Chinese film market appears to outperform North America this year due to the impact of the COVID-19 pandemic on ticket sales and thanks in part to the war epic "The Eight Hundred," which recently became the 2020 top-grossing film. 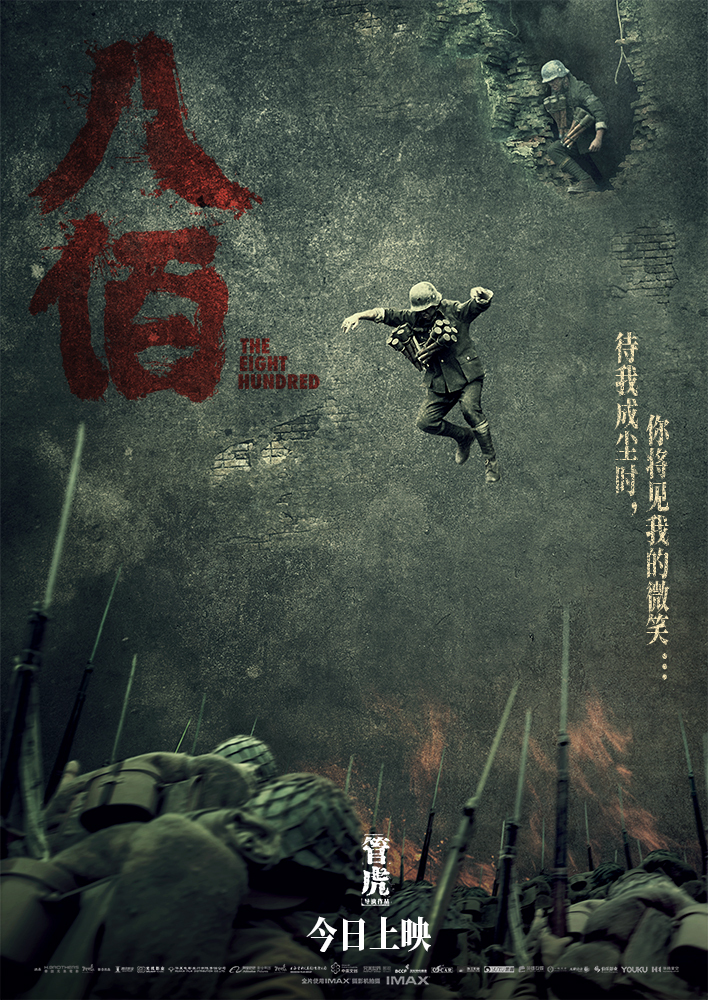 Directed by Guan Hu, The Eight Hundred had grossed 3.02 billion yuan ($ 443 million) in China alone as of Sunday, plus more than $ 331,000 from North America by limited release, according to the Chinese Blockbuster Trackers Lighthouse. It officially surpassed the American film "Bad Boys for Life", which grossed $ 424.62 million worldwide and was the world's most successful film of the year, according to figures from Box Office Mojo. "The Eight Hundred" is also currently the 10th highest-grossing film of all time in China, and the trend is rising. With this success, the film's director, Guan Hu, has become China's most successful director in terms of revenue. In his 28-year career, Guan has earned a total of 7.37 billion yuan from his films as an actor, director, co-director or producer. The phenomenal success of "The Eight Hundred" has led observers to consider that China may eventually overtake North America to become the world's leading film market this year. If that were achieved, this award would fulfill a dream that many Chinese filmmakers share.

From January 1 to September 22, the North American box office grossed $ 2.04 billion, while China ranks second at $ 1.02 billion, according to comScore statistics. With Hollywood continuing to postpone big productions like "Black Widow" and "West Side Story" until next year due to the pandemic in the US and other markets, the gap between box office revenues could narrow before the end of 2020.

The sudden outbreak of COVID-19 halted the Chinese film industry and global markets for months, but thanks to China's effective control of the pandemic, cinemas reopened in late July. As of this week, cinemas in China have increased their seating capacity from 50 percent to 75 percent, hopefully leading to a further recovery in the world's second largest box office market.

China's eight-day National Day vacation is just around the corner, and with them comes a slew of theatrical releases that could top gross box office receipts in October. These include the sports blockbuster "Leap", the Jackie Chan action film "Vanguard", the animated "Legend of Deification", which revolves around the mythological figure Jiang Ziya, and the star Chinese comedy anthology "My People, My Homeland" -Cast and directed by seven well-known directors. Finally, Guan Hu's latest war epic "Jin Gang Chuan" will also be released on October 25th.

While analysts predict China will outperform the US in the remainder of the 2020 quarter, there are still a few big American stocks pending. The biggest ones include the latest James Bond movie "No Time To Die" and "Wonder Woman 1984". However, if the pandemic is not under control by November or December, these stocks could either perform poorly or be postponed until next year. But at the same time, China could release these Hollywood titles in its own market, in addition to several potentially big local productions slated for the holiday season, including "Shock Wave 2" and "A Little Red Flowe".