Which will win Islam or transhumanism? Why 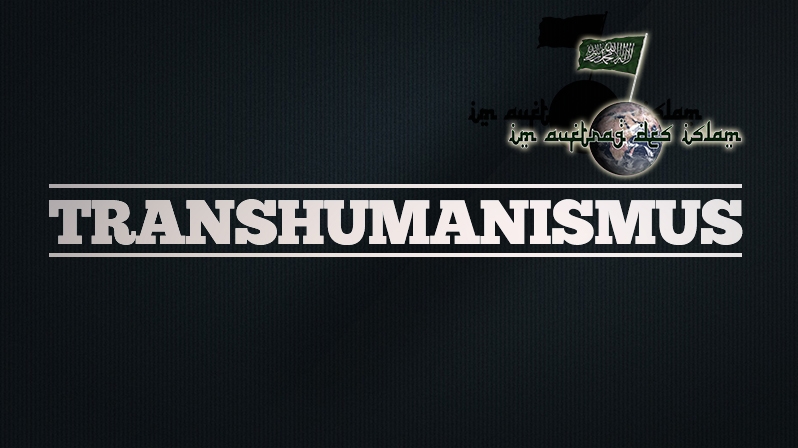 “But Satan whispered evil to them to reveal to them what was hidden from them about their shame. He said, "Your Lord has forbidden you to use this tree so that you don't become angels or ever-living." [al-Araf 20]

Satan promised Adam and Eve: Eat from the tree of knowledge and you will be like God (or immortal and like angels). Although God reveals to people that this promise is a deception of Satan, many people see it very differently, even most of them. Technical progress promises to lead people out of darkness into light.

And really: As Satan had promised, man apparently becomes more and more like God, the more "fruits of knowledge" he ingests and the more knowledge he attains. It already flies at several times the speed of sound, can change the weather, wipe out millions of people in seconds and modify genes. In cyberspace he can even create his own worlds. Man is becoming more and more the maker of his own fate.

Of course, the normal person does not think of Satan when it comes to technological progress. He was only told that life "develops", from primitive structures to ever "higher" ones, including man from the clumsy, primitive cave dweller who swung the club to today's more highly developed man who now uses lasers and thermonuclear weapons instead of clubs . And he thinks so. Normal people don't worry about where the journey should ultimately lead to.

But certain people remember the promise of Satan very well and are sure that this promise can be achieved with his help: apotheosis - becoming God. This is the goal!

And the technical implementation of this noble goal is nowadays called "singularity" or "transhumanism".

"The singularity is a future in which the pace of technological change is so rapid and extensive that human existence on this planet will be irreversibly changed. We become the power of our brains, all of the knowledge, skills and personal traits that make us Make people, combine them with our computer power to think, communicate and create in a way that we cannot imagine today.

This amalgamation of man and machine, with the sudden explosion of machine intelligence, combined with extremely rapid innovation in the areas of genetic research and nanotechnology, will lead to a world where there is no longer any distinction between the biological and the mechanical Life or between physical and virtual reality. These technological revolutions will allow us to overcome our frail bodies with all their limitations. Disease as we know it is being eradicated. Human existence will take a quantum leap in evolution. We will be able to live as long as we want. "explains Ray Kurzweil, one of the masterminds of the transhumanists. Ray Kurzweil is not just a runaway weirdo and utopian, he is Director of Engineering at Google and has received 19 honorary doctorates among many other awards.

After matter has become intelligent in the form of humans, a new form of intelligence and consciousness is to emerge, artificial intelligence, brought about by humans, who will merge with this new form into a new being. Technology will learn to use the mechanisms of nature, but infinitely more efficient, faster, and without the fragile fragility of organic beings. Transhumanism believes that humans are the first species to take the evolution of their own species into their own hands and control it - and thus accelerate it a million times.

The six epochs of evolution according to Ray Kurzweil

Cybernetics, neurology, robotics, nanotechnology, genetic engineering - it is the fusion of all these currents into one overarching goal that is supposed to make the plan of the transhumanists come true. From the perspective of transhumanism, the development can be thought of in four broad steps:

Everyone can now afford to live in a palace and fantastic gardens. Anyone can fly and surf ten meters of waves: think so, and the mind machine interface will tell the supercomputer to create it for you: be, and it is. Isn't this like God '?

The fulfillment of Satan's promises is imminent. This fantastic new world is just like the description of paradise in Islam, where you can get everything you want.

How is it that hardly anyone takes this plan seriously while we are perhaps only 20 to 30 years away from its implementation?

Ray Kurzweil explains: It's because hardly anyone understands what exponential growth means.

"How is it possible that we are so close to this enormous change and cannot see it? The answer is the acceleration of technological innovation. When thinking about the future, few people consider the fact that human scientific progress is exponential runs.

In other words, the twentieth century has gradually accelerated to the present pace of progress, the total achievements of the last century only correspond to about 20 years of progress at the pace of 2000. Now "20 years" are making that progress again in just one more time 14 years (until 2014), and then the same again in just seven years. We are not witnessing 100 years of technological progress in the 21st century, we will witness 20,000 years of progress (measured by today's progress), or progress that is about 1000 times greater than what has been achieved in the entire twentieth century. "

It should be noted that the 20th century has brought us from horse-drawn carts to maglev trains and from steam engines to smartphones - an unimaginable development. What comes next will be 1000 times faster. Or to make it even more vivid: If we take 30 linear steps, it will take us about 30 meters. If we take 30 exponential steps, that will get us about a billion meters. At a certain point, progress will be so rapid that the human brain can no longer comprehend it. Only the optimized people will be able to keep pace with this pace.

Research funding for this grotesque plan is easy to obtain. The EU has just put the largest EU budget of one billion tax dollars ever distributed for a research project into the transhumanist "Human Brain Project" - one of the most important building blocks: the simulation of a complete human brain as a computer circuit by simulating the neural structure of the human brain. The human brain should be ready in about 10 to 20 years. By then, the computing power of computers may have surpassed that of the brain by a million times.

Robotics, especially prosthetics, should find out how machines can be connected directly to nerves in order to expand humans with artificial limbs and sensory organs. There are research funds from medicine and the military in the billions. The technology is already as good as mature.

The nanotechnology revolution will enable us to redesign our bodies and brains, molecule by molecule - far beyond the boundaries of biology. The use of artificial intelligence within our biological system will mark an evolutionary leap forward for humanity, but it also means that we will be more "machines" than "humans". Billions of nanobots will travel through the bloodstream in the body and brain. They will destroy pathogens, correct DNA errors, eliminate toxins, and do many other tasks that increase our physical wellbeing. As a result, we will be able to live indefinitely without aging.

Despite the wonderful future potential of medicine, immortality will only be achieved if we completely shed our biological bodies. As we move towards a software-based existence, we will gain the ability to "backup" ourselves (storing the patterns of our knowledge, skills, and personality in a digital form) thereby attaining virtual immortality. Thanks to nanotechnology, we will have a body that we can not only change through our will, but also transform into completely new forms. We will be able to change our bodies in full immersion virtual reality environments around 2020 and in physical reality around 2040 too. "

The inevitable consequence of such a development is that humanity will soon be divided into two or more species: normal humans and humans 2.0. Above all, it will be the elite who have access to the new technologies and who, thanks to these technical enhancements, will be many times superior to ordinary people in terms of intelligence, sensory organs, physical strength, lifespan and power.

It can hardly be overlooked that transhumanism is not a pure science, but a fanatical "religion". It is about the emergence of a people of chosen God-people who ascend into the cyber-heaven, where they live as almighty and immortal gods, create universes, move effortlessly through space and time and are not subject to either natural or eternal laws. Lucifer's promise, given at the beginning of time, is about to be fulfilled.