Why Are Conservatives Against Abortion

The anti-abortion law passed by the Alabama Senate on Tuesday is the toughest in any state in the United States. It is tantamount to a ban on abortion. It makes abortion punishable from the moment the woman knows she is pregnant. A doctor who performs an abortion can be punished with up to 99 years in prison. There are no exceptions for rape or incest.

The law is the supposed final spurt of a ruthless campaign to tighten abortion law in the United States. Radical anti-abortionists and conservative politicians are neither interested in the situation and the rights of women nor in facts. And while they say so, they don't represent the majority of the population either. Two-thirds of Americans want abortion to be allowed, and most are in favor of legal restrictions. Only 18 percent are calling for abortion to be prohibited in all circumstances.

Nevertheless, horrific images and horror stories of dismembered babies during late abortions have been raising the mood against the fundamental right to abortion for years. 34 percent of pregnancies in the United States are terminated within the first six weeks, and 89 percent of abortions in the United States take place within the first twelve weeks. Emotional appeals are a better way to catch voices than facts. 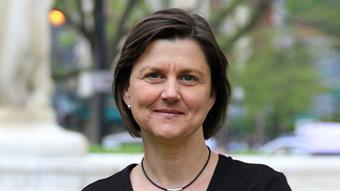 If it really was a question of reducing the number of abortions, Republicans would have to take completely different measures. Statistics clearly say: There are no fewer abortions in countries with strict abortion laws. On the contrary. And around the world, countries with very strict abortion laws also have higher maternal and infant mortality rates. Because making an abortion a crime doesn't lead to fewer abortions - just more unprofessional abortions.

Education and access to contraceptives, on the other hand, are much more effective. So how about if the 27 US states, in which abstinence must be promoted in sex education in schools, abolished this absurd requirement? What if more than 18 states (plus D.C.) made it mandatory to educate teenagers about contraception? In 2010, 57 out of 1,000 teenagers in the United States became pregnant. That is the highest rate of any developed country. Are the Conservatives seriously proud of that? Of these 57 teenage pregnancies, 15 each ended in termination. For comparison: Switzerland, where a very liberal abortion law applies, has the lowest rate: eight out of 1,000 teenagers got pregnant in 2011 alone. Five of these eight pregnancies were terminated.

Does Roe Fall Against Wade?

But the conservatives are not interested in facts. They appeal to the implementation of God's will - in a country that constitutionally provides for a clear separation of church and state. Once again, it is precisely this Constitution that is at stake. Like a number of extremely restrictive abortion laws in other states, the law in Alabama is actually not tenable under the current legal situation. Because in its landmark decision of 1973 (Roe versus Wade) the highest US court, the Supreme Court, had declared that the US Constitution guaranteed women a right to abortion. The Conservatives now hope that the contradiction against these laws ends up in the Supreme Court and that the court then cashes Roe against Wade. 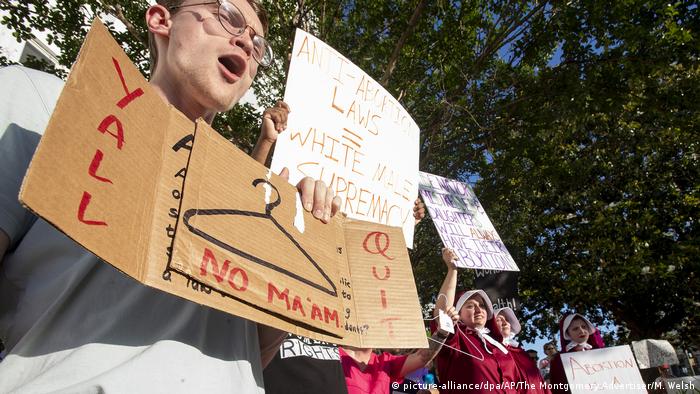 While the Alabama Senate was still debating, demonstrations against the new law were taking place outside the door

Because in his tenure so far, President Trump was able to place two new, conservative judges in the Supreme Court. The vote for the three times married former democrat, who has obviously cheated on his wives several times and who does not at all correspond to Christian-conservative morals, has paid off for the Christian fundamentalists: the conservative judges now form the majority at the highest court.

Yet it is not so far. But if Roe turns against Wade, the drastic laws in Alabama and elsewhere will take effect immediately. A minority then prevailed with a cynical campaign instead of thinking about sensible and moderate regulations. In Germany, for example, an abortion is subject to strict conditions in the first twelve weeks, but there are no punishments for women and doctors. With laws like Alabama's, there won't be fewer abortions. But more suffering especially for those women who cannot afford to circumvent the law.