What gives China a bad rap

Sieren's China: The Chinese are coming

At first glance, the shaky images of a family placating and complaining on the curb looked as if they came from a crisis area. The pictures were taken in front of a hostel in the Swedish capital Stockholm. At the beginning of September, a young man from China wanted to check in there with his elderly parents at night. Unfortunately, half a day earlier than booked. When they did not want to leave voluntarily, the visitors were unceremoniously put on the street and later abandoned by the police at a subway station near the train station. The said video of the incident caused the discussion about the bad reputation of Chinese tourists to boil up once again, and not only on Chinese social media. They are not treated with enough respect abroad, some complained. Outside their own national borders, the others simply behave impudently.

Chinese tourists as an economic factor

The fact is: Chinese tourists can no longer be ignored. The future of an entire industry depends on them. This week around 700 million Chinese will travel again during "Golden Week", seven million of them abroad. The "largest annual mass migration in the world", as the Chinese holiday week that follows the national holiday is traditionally called, is a government invention. It was launched in 1999 for the 50th anniversary of the People's Republic and was primarily intended to stimulate inland tourism. Ever since the country's growing middle class discovered their love of travel, China has also become a determining economic factor in global mass tourism. And not just for "Golden Week".

This year around 156 million people from the Middle Kingdom will travel abroad. Ascending trend. Ten years ago it was just under 44 million. The most popular destinations are still the neighboring countries Thailand, Japan and Vietnam. But Chinese tourists are also on the rise in Europe, North and South America and Australia. "They are important because they combine two things," says Rafael Cascales, president of the Spanish-Chinese tourism organization ATEC. "They come in large numbers and spend four times more money than tourists from other countries." The Chinese are particularly willing to spend on city trips. On average, they make $ 350 a day, mostly for food, clothing, cosmetics, and jewelry.

Many tourism offices are already trying to attract the Chinese to their own country with advertisements and brochures in Mandarin. France attracts wine tasting to Bordeaux. Saxony relies on Bach and the Semperoper. For the EU, where ten percent of the total economic output is generated in the tourism sector and around 25 million people are employed, the Chinese are a welcome factor of stability and growth, especially since they often come counter-cyclically to the traditional western high season due to the holidays. 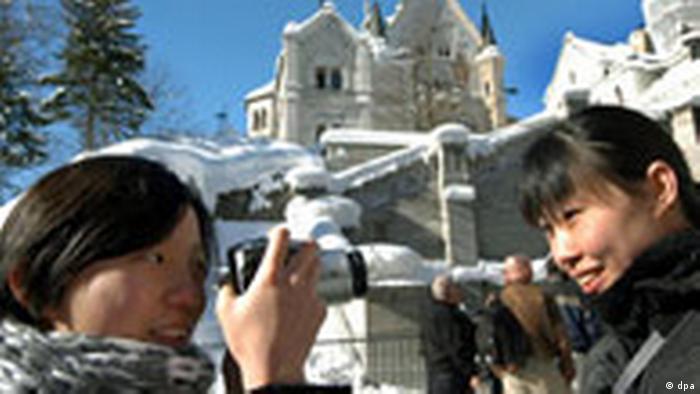 But there are also downsides to the tourism boom. While European destinations such as Venice and Neuschwanstein are groaning under the Chinese onslaught, elsewhere it is threatening the natural balance in a very real way - and thus exactly what made the places into tourist destinations in the first place. Picturesque spots such as Halong Bay in Vietnam or the royal coastal town of Hua Hin in Thailand have lost their attractiveness in recent years due to the growing number of visitors. Rice fields were concreted over. Hotels, shops and restaurants are springing up. Tourist boats pollute the air. Coral reefs are trampled to pieces. Not only is pollution growing on the Indonesian holiday island of Bali, fresh water is also becoming scarce. The holiday resorts now consume around 65 percent of the water available on the island. Here, too, the ever increasing stream of visitors from China is viewed with concern. In the past two years alone, the number of Chinese tourists here rose from 986,000 to 1.4 million. When are the limits of growth reached? There is still something going on, say the tourist offices. The conservationists are already calling: stop.

In addition, the money often does not always arrive where it is needed. Many Chinese are only slowly discovering individual tourism. The elderly in particular continue to book all-inclusive package tours through Chinese providers, where they are carted in busloads from attraction to attraction and from shop to shop. The businesses are often directly or indirectly in Chinese hands. A large part of the income flows directly to accounts in China via Chinese payment apps such as "Alipay" without currency exchange. The locals also refer to such visitors as "zero dollar tourists" because they hardly bring them anything.

The Chinese government plans to make domestic travel operators more accountable in the future. For Beijing, the tourism boom is also an important political trump card. This was shown, for example, when Beijing this year, despite protests from Washington, forced two major American airlines to remove "Taiwan" as an independent country from their websites. In South Korea, too, Beijing took action in the tourism sector after Seoul allowed the Americans to set up a missile defense system on their soil. The Beijing Ministry of Tourism then stopped group trips to South Korea. 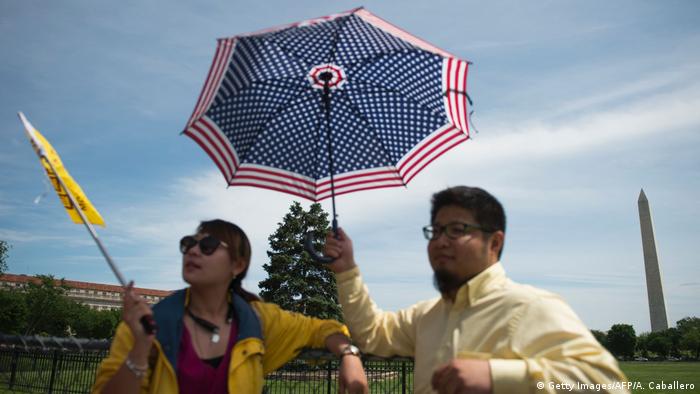 Booked fewer trips to the US

The Bank of Korea estimates that the Chinese boycott cost the country 0.4 percent of its economic growth last year. In the current trade dispute with Donald Trump, it is also conceivable that Beijing will use tourism as a weapon. In 2016, Chinese tourists made up the third largest group of foreign visitors to the United States. Here, too, they reached deeper than average in their pockets. In 2016, Chinese tourists brought in almost 35 billion US dollars in US retail alone. But not only the retail sector, but also the hospitality industry and aviation would be affected by their absence. Since Trump started the trade dispute in the spring, travel to the United States has been on the decline. For "Golden Week", the flight operators recorded 42 percent fewer bookings to the USA than in the previous year at the start of the holiday. The patriotism and the bad press already seem to be having an effect.

The Chinese government also intervened in the affair surrounding the rejected tourists in Stockholm two weeks after the incident. Sweden's police have "seriously endangered" the lives of Chinese citizens and violated their human rights, said the Chinese embassy in Stockholm. The figures will show when the "Golden Week" is over whether the travel warning issued in the same breath, which could possibly also have something to do with a visit by the Dalai Lama to Sweden in mid-September, really had an impact on tourism in the Scandinavian country .

Our columnist, Frank Sieren, has lived in Beijing for over 20 years.