“Cowardice” out of “fear” of Trump?

In the dispute over the refusal of US President Donald Trump to recognize his electoral defeat, the tone is sharper. "Instead of working to bring the country back together so we can fight our common enemy, COVID-19, Republicans in Congress are spreading conspiracy theories, denying the reality and poisoning the well of our democracy," said Senate Democratic Minority Leader Chuck Schumer . He accused his Republican colleagues of "consciously questioning" the outcome of the election out of "fear" of Trump. That is "cowardice". "The election is over," emphasized Schumer. "President Trump has lost. Joe Biden will be the next President of the United States."

House chairwoman Nancy Pelosi also appealed to Republicans to focus on fighting the corona pandemic. Regarding their handling of the crisis, she said, "It's like the house is burning down and they refuse to pour water on it."

"No Evidence" for fraud

In a joint statement, several US authorities also rejected rumors spread by Trump that the election had been manipulated through the use of computer software. "There is no evidence that a voting system has deleted or changed votes - or has been compromised in any way," said a statement issued by the US agency for cybersecurity and high-ranking representatives of the electoral authorities of the states. "The November 3rd election was the safest in American history." 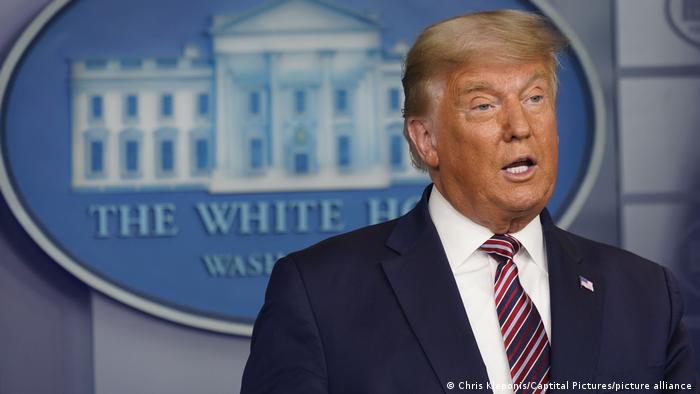 Has not yet given up hope of remaining in the White House: Donald Trump

Trump's lawyers have filed a number of lawsuits, but so far without any success. Regardless of this, Biden continues to be denied the legally required support for an orderly handover ("transition"). Political observers suspect that the Republicans' blockade stance is also related to two extremely important Senate runoff elections in the state of Georgia in early January. The runoff elections will determine whether Republicans will defend their majority in the Washington Senate. In the upcoming election campaign in Georgia, the conservatives need the support of Trump, who is still very popular among broad sections of the population.

Statements by leading Republicans, however, could indicate that acceptance for Biden's election victory is also growing in their ranks. Influential Senator Lindsey Graham said on CNN when asked if Biden should receive intelligence briefings, "Yes, I think he should." Senators Chuck Grassley, James Lankford and John Thune made similar statements. Ohio Governor Mike DeWine called Biden "President-Elect" for the first time.