Underrated culture of our cousins

On a clear day, the jagged, high rocks of the Moroccan coast appear almost within reach from the Gorham Cave of Gibraltar. This area, with its favorable climate and strong, nutrient-rich ocean currents, has always attracted people. A group of them lived here for tens of thousands of years, where they also survived adverse periods of the Ice Age. Today the narrowest part of the Strait of Gibraltar is 14 kilometers wide. In cold times, when the sea level was lower, a wide coastal plain with a wide variety of animals and plants stretched in front of the Gorham Cave, which lies east of the tip of Gibraltar. Back then, the people who lived here hunted down large game such as ibex and seals, as well as smaller animals such as pigeons and rabbits. They ate fish, clams and limpets. They obtained pine nuts in the surrounding forests. Sometimes they captured ravens or eagles and adorned themselves with the iridescent feathers. On a shallow elevation in their cave they carved signs of long-forgotten meaning.

In such matters, the cave dwellers did not behave much differently than Homo sapiens - our own species that originated in Africa. Only these were not anatomically modern people, but Neanderthals, which many anthropologists consider to be a species of their own. Your and our line of evolution had diverged at least half a million years ago. The stocky cousins ​​with the strong, protruding brows developed from early humans in Europe. According to some researchers, the first Neanderthals appeared around 350,000 years ago. Other researchers place their appearance more likely 230,000 years ago, that of the classical Neanderthal only 130,000 years ago. Until a little over 39,000 years ago they probably still lived in many parts of Europe and western Asia. When the last groups of them disappeared is still a matter of dispute. However, more recent dates suggest that this happened almost at the same time almost 40,000 years ago. 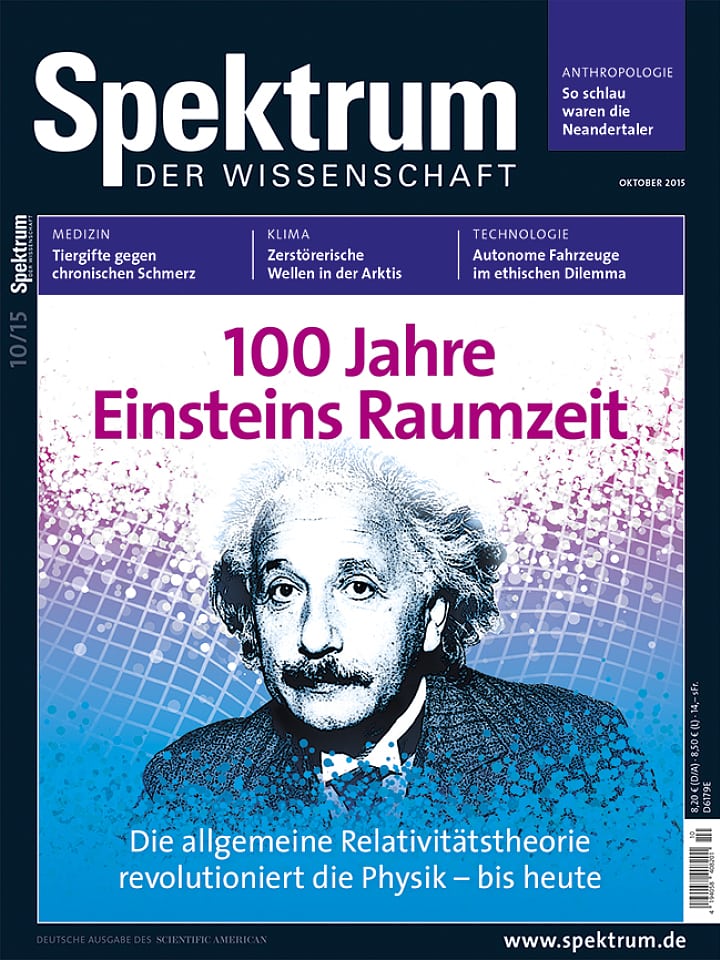 This article is featured in Spectrum of Science October 2015

The Neanderthals had long been seen as clumsy, crude powerhouses, as rather clumsy, less well-off ape-men. In particular, the first complete skeleton, discovered in La Chapelle-aux-Saints in France in 1908, contributed significantly to this image. However, it was an older man who already suffered from various bone deformities. ...