The name Daniel is common in Switzerland

What is the most common first name in Switzerland? And how popular is your own name in comparison? An interactive tool has answers.

Maria is by far the most common first name in Switzerland. At the end of 2013, 87,404 women had this name - more than every fiftieth woman. How dominant the name is in Switzerland is also made clear by the lead over the second most popular name: 43,846 women are called Anna.

And what about the men? There, Peter, Daniel and Hans are in a head-to-head race.

With the interactive first name tool of the Federal Statistical Office (FSO) everyone can analyze their own first name. How common is it in Switzerland? Most popular in which language region? And in which year is it particularly popular? All first names of the resident population living today up to the year of birth 1902 are taken into account.

What the first names in the top 20 above have in common is that their heyday is long over. For example, among those born between 2010 and 2013 there were only 54 Peter left in Switzerland. Three quarters of all people with this name were born before 1970. The same picture with Maria. 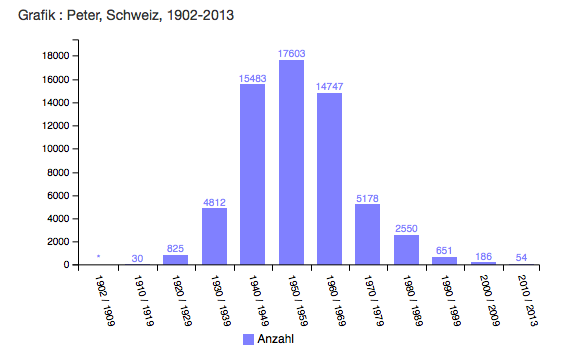 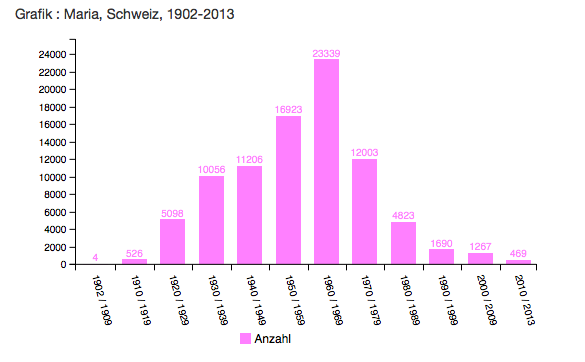