Why Mumbai has slums 1

The Institute for Sociology organized under the direction of Prof. Dr. Heiko Schrader and 11 students of sociology, political science, peace and Konfkiktforschung and European Studies conducted a teaching research in Mumbai / India from 29.09.07-14.10.07 on the general topic "Social activism in slums". The local cooperation partner was the Department of Sociology at the University of Mumbai. The aim of such a social science teaching research is that the students n experience the different stages of the research process (preparation and application, survey, evaluation and research report) and the experience of foreign culture. The general theme has been split into two more specific themes. One sub-group dealt with anti-communalism, the other with activism in the area of ​​clearing slums and relocating slum residents. Various slums were visited in the field and numerous guided interviews were carried out with organizations, activists and residents who campaign for the rights of slum residents and work against communalist tendencies in slums. The data analysis is currently taking place. The research results are published in the series of ISOZ working papers. 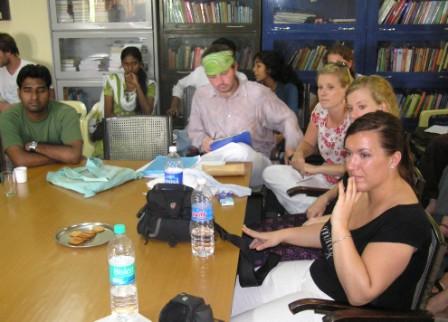 A report by Tobias Held, which was published in Unireport 1/2008:

Communalism describes the spatial and often also economic separation of people who perceive themselves as belonging to different "ethnic", religious or political groups. This segregation experienced a particularly dramatic escalation in Mumbai in the 1980s and 90s, which is repeatedly fueled by the agitation of ethnic nationalists, for example in the form of the Shiv Sena Party. In large parts of the 20 million metropolis there were bloody unrest between various religious and "ethnic" groups in 1992/93. The consequences are clearly visible in many parts of the city to this day, the interaction between the different groups is often characterized by mutual distrust and is limited to the bare minimum. Activists who work against communalism try to break down prejudices with different, consistently very creative approaches and to encourage the people involved to consciously deal with themselves and their identities. 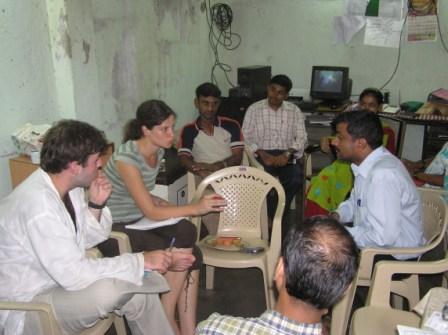 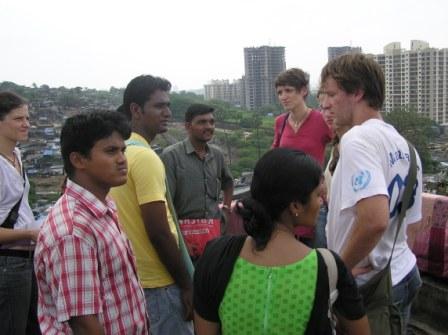 In Mumbai, it is not only the relationship between the various religious groups that is tense, but also the housing situation of the vast majority of the population. An unbelievable two thirds of the population live in slums or dwellings that are extremely cramped and lack facilities in the area that we take for granted, such as schools, sanitary facilities or waste disposal. The legal uncertainty has an aggravating effect on living conditions, as the settlements are permanently threatened by evictions or these have already been carried out. Our topic was how those affected and NGOs react to the threat of evictions, whether and how protests and the like take place, to what extent there is cooperation or negotiations with authorities. At the moment it can be said that the situation in the various slums is very different. There are slums that have already been destroyed in the past and where the former residents built temporary accommodation out of the rubble of their houses. 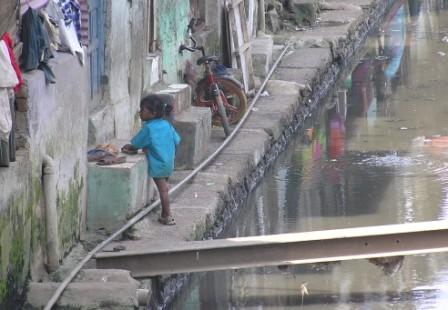 however, it has already been cleared. Opposite is Dharavi, with around one million inhabitants the largest slum in Asia. City planners and investors have high hopes for it, as its attractive location makes it an ideal building site. Some of the apartments will then be made available to the former slum residents on very favorable terms. This is very controversial because some residents of Dharavi fear that they will suffer disadvantages as a result of the resettlement in apartment blocks. These two examples are only intended to illustrate the complexity of the social situation in Mumbai. 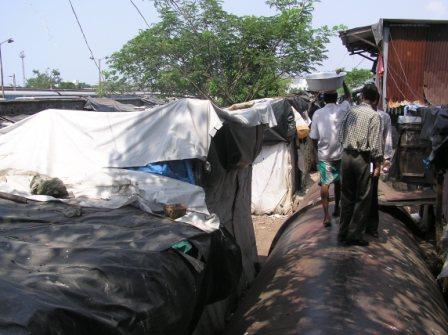 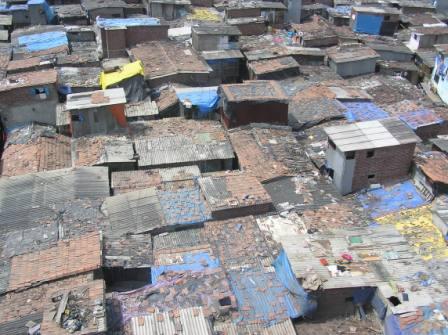